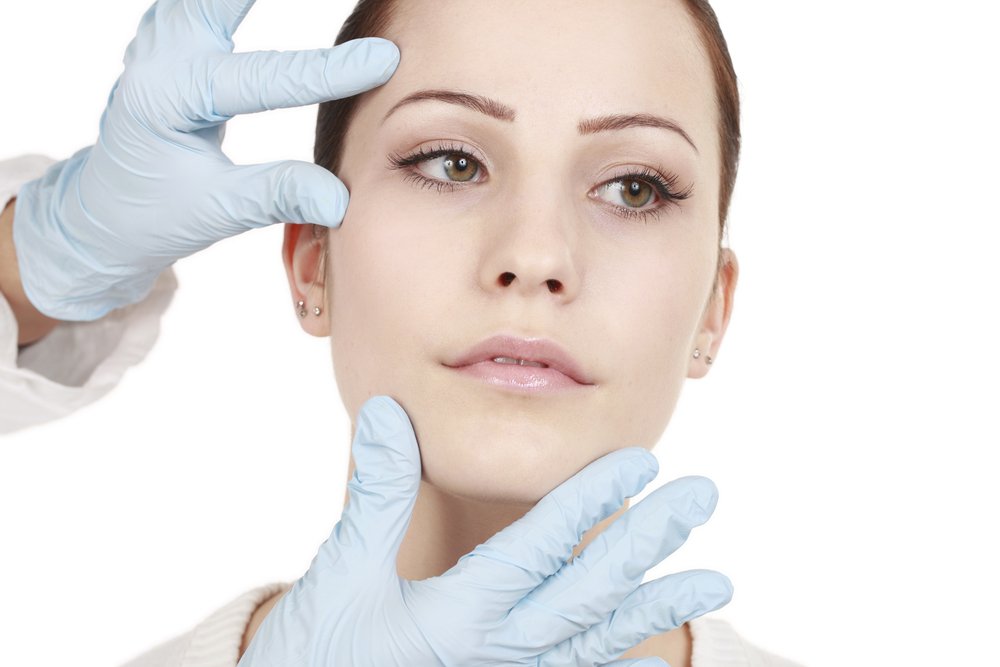 Is Designer Botox on the Horizon?

Designer Botox? What the heck is that?

If you haven’t been following cosmetic treatment recently, the term might confuse you.

After all, the word “designer” has a Millennial bent to it, which is at odds with the image Botox tends to project. But that’s only if you haven’t been following the industry.

Here’s some statistics that might shock you. In just the last year alone, injectable use grew 10 percent.

Among patients 19-35 years old, injectable use grew over 30 percent. And the 10 percent year over year growth of the injectable industry is expected to continue until 2023.

Yowza. Cosmetic treatment in general has been booming, but nonsurgical treatments, and particularly injectables, have seen explosive, explosive growth.

This could be due to the quietly disappearing stigma associated with cosmetic treatment. Of course, part of it is social media.

Celebrities are posting their lush lips and, well, everyone wants them. It certainly helps that cosmetic treatments have simply gotten better.

Skin rejuvenation. Cosmetic dentistry. Fat reduction. All of these processes have seen new and innovative treatments coming out over and over again.

This is where the word designer comes in. Technology has become so sophisticated that it’s easier to go in and make a change for cheaper, with less recovery time, and exactly the way you want it.

And don’t think fillers and Botox have been left behind. It’s gotten to the point where patients can come in and ask for the kind of look they want that’ll maximize how good they look in selfies.

Talk About Upping Your Selfie Game

The point being that cosmetic treatment is surreptitiously becoming part of basic self-care.

Interested in cosmetic treatment yourself, but don’t know where to start? It’s important to do proper research.

There’s a number of treatments with similar aims, but it’s important to fnd the one that meets all your needs.

Who Can Perform Botox Injections?

Being able to perform Botox injections opens up a world of possibilities for your practice, as well as your clients. 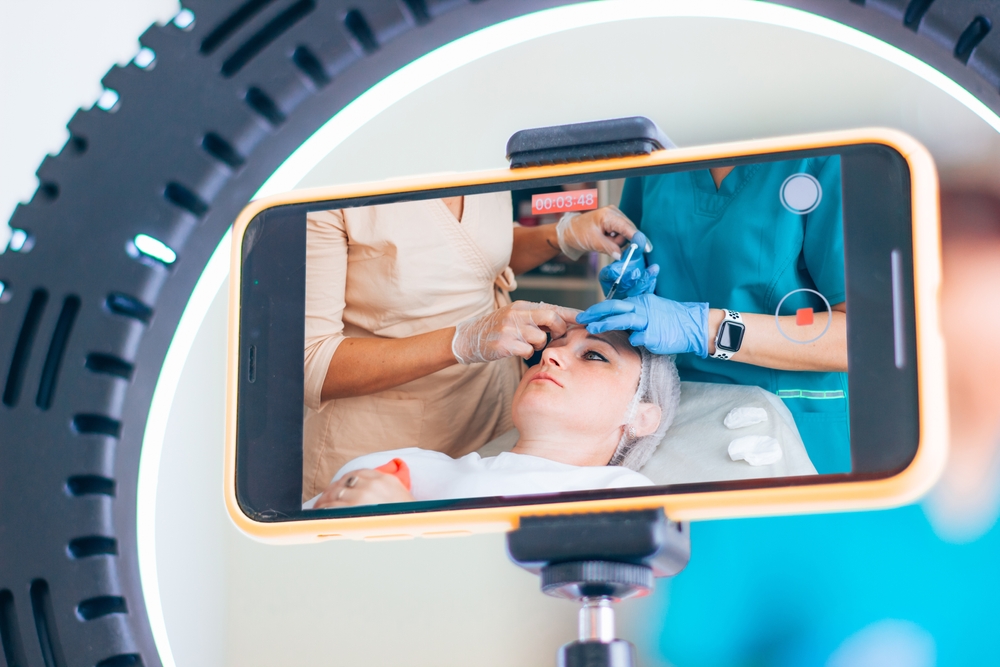 Being able to perform Botox injections opens up a world of possibilities for your practice, as well as your clients. With this knowledge and certification, you can address everything from worry lines to lips, providing remarkable Botox results while providing a service that keeps clients coming back in the door!

But, who can perform Botox injections? Do you have to be a medical doctor, or can other health professionals provide Botox?

How Does Location Affect Who Can Perform Botox Injections?

Who can perform Botox injections can vary greatly from state to state. In some states, only a licenced physician, nurse practitioner, or physician’s assistant can become certified to perform these injections.

In other states, registered nurses are eligible to perform the treatment under a physician’s supervision.

How Do I Figure Out Whether I Can Perform Botox Injections in a Certain State?

The first step for finding out the rules for the states you want to administer treatments in is to check with your state’s licencing board. Be aware that every state’s rules regarding Botox can change, so keep an eye out for any such changes.

At Aesthetic University, you must be a licensed RN, NP, PA, MD, or DDS to attend our courses.

Once you know that you are allowed to perform Botox injections in your state, you need to pass a Botox certification course, the requirements of which can also vary state to state.

These courses are taught by industry professionals and usually take one to two days. You may also learn about injectables similar to Botox such as Juvéderm, Perlane, and Sculptra.

Where Can I Receive the Best Training to Perform Botox Injections in Maryland?

If you want a great training experience, look no further than Aesthetic University! We offer a fantastic course on injections for beginners as well as a number of advanced courses for those who want to expand their existing knowledge.

Call us at 240-499-8854 today now that you know who can perform Botox injections, and get started soon. Our classes fill up quickly!

It’s tempting to celebrate getting Botox with your favorite glass of wine. 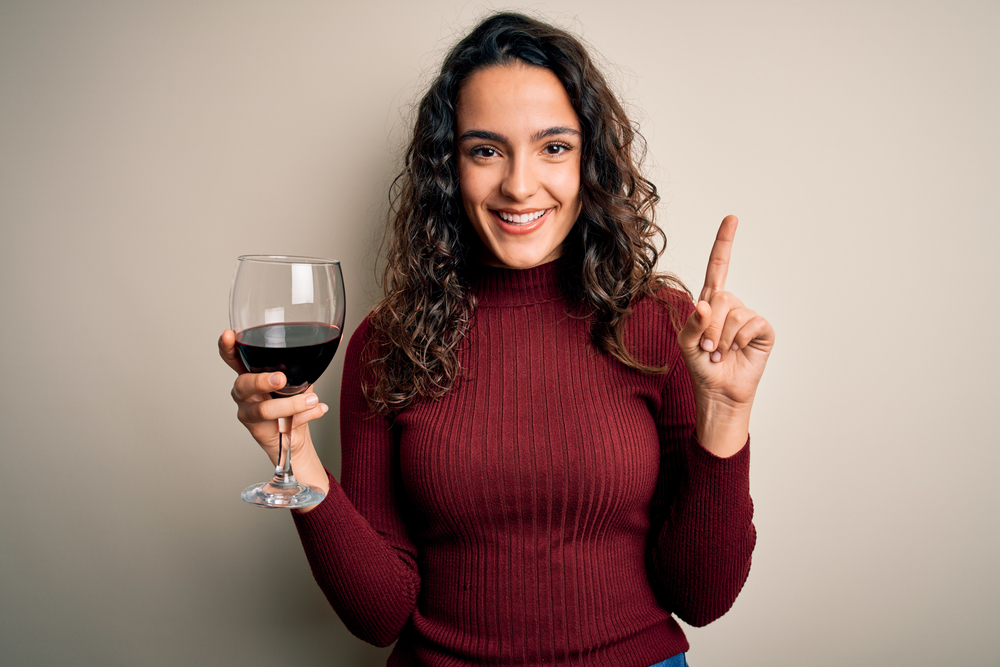 Can I Drink After Botox, or Should I Hold Off for a Certain Amount of Time?

It’s tempting to celebrate getting Botox with your favorite glass of wine. So, you might be wondering, “Can I drink after Botox?” The quick answer is no, you shouldn’t drink right after Botox.

Take a look at this quick guide on why you need to avoid alcohol after injections.

After Botox, You Bleed Easier

People who consume alcohol before a surgery bleed more during injections. This is never ideal for you or the specialist performing the treatment. So, it’s best to avoid consuming alcohol at least 24 hours before and after receiving Botox injections.

If possible, avoid alcohol for a week before your procedure to help minimize your risk of bleeding.

Alcohol expands your blood vessels, which increases blood flow. It also causes fluid retention. This makes it more likely for bruising and swelling to occur at injection sites.

It is very hard to enjoy the maximum benefits of Botox with unnecessary bruising.

Wine Dries Out Your Skin

Alcohol causes your skin to dehydrate. When your skin lacks moisture, it begins to crack. Dry, cracked skin decreases the effect of Botox, resulting in more time taken towards getting perfect skin.

When Can I Drink After Botox?

Normally, it is asked that you don’t drink any alcohol for a minimum of six hours after Botox.

However, it is preferable that you don’t drink for one to two days after your injections to be sure to avoid any unnecessary bruising and increasing possible side effects like drowsiness and dizziness.

Get Stunning Results in Botox Provided by DC Derm Docs!

At DC Derm Docs, the medical specialists who perform cosmetic treatments have the knowledge and techniques to provide you superior results with Botox Injections.

They are dedicated to giving you younger, fresher looking skin without the need of invasive surgery, offering a variety of cosmetic treatments to enhance your already beautiful appearance.

Call DC Derm Docs today at 202-822-9591 today to schedule an appointment, and celebrate the first step in your Botox journey with sparkling juice!

Social media influencer Montanna Morris receives Botox for her temporomandibular joint issues, commonly known as TMJ. This joint connects your skull to your jawbone, and TMJ disorders can be extremely painful. Check out how Botox for TMJ changed TikTok star’s smile.

When Morris woke up one morning after receiving botulinum toxin injections, she knew something had gone wrong. The person providing her Botox used Dysport, another brand of botulinum toxin, and had over-injected her and placed her injections in the wrong areas. This caused Morris to have parts of her face paralyzed and have a lop-sided smile.

Let’s Review a Little About Botox

Botox and Dysport are cosmetic injectables that temporarily block communication between your nerves and muscles. They use a toxin derived from the bacterium Clostridium botulinum. While it may sound scary as a toxin, it’s usually safe and doesn’t cause issues such as facial paralysis when done right.

How Botox Can Help TMJ

TMJ can cause a lot of interruptions in your day-to-day life. For instance, you may have difficulty chewing, limited movement of your jaw, or pain that travels through your face and neck. Botox and other injectables can help alleviate a stiff, overactive jaw caused by TMJ by relaxing the muscles that control it.

While Botox is FDA approved for many conditions like migraines, it is not approved for TMJ. However, there has been a lot of research that shows Botox decreases pain and overactivity of the jaw in people with TMJ.

When Morris was over-injected, the muscles in her jaw became extremely weak, and she couldn’t smile. Luckily, Botox doesn’t last forever, so the symptoms were temporary. The effects are wearing off, and her smile is returning to normal.

Get Better Results With Board-Certified Injectors

It’s actually incredibly unusual to be over-injected with Botox. But that’s why it’s extremely important to find a Botox provider that is a board-certified dermatologist to get the best results possible. Now that you know how Botox for TMJ changed a TikTok star’s smile, it’s time to find a skilled board-certified Botox injector for your treatment to make sure you get the safe results you desire.

Who Can Perform Botox Injections?

What Are the Benefits of Body Contouring Without Surgery?